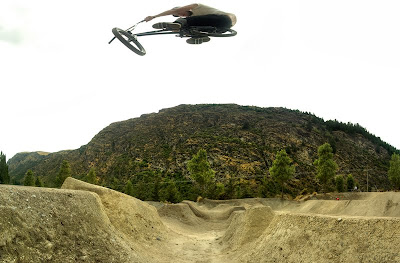 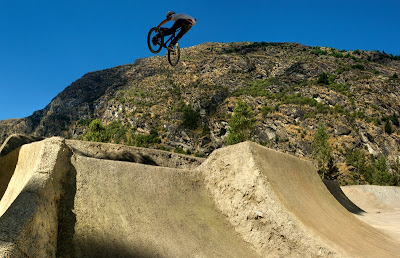 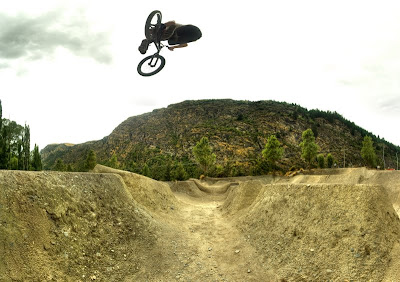 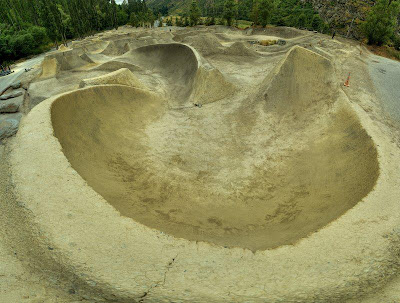 sick photo's of Gorge action by Chris Radford........yeeeeeehhhhaaaaaaaaaaaa!
Well it's non stop down at the Gorge at tho mo, everyone's helping to get'in her all ready to get destroyed by a bunch of trail slayers from around the world a week from today! So here's the latest from REDBULL........
The Count Down Is On! In one weeks’ time the Top BMX Riders From Around The Globe Will Descend On Queenstown, New Zealand.

On Saturday 18th February get ready to Roast It!

Big internationals are confirmed to Roast It next weekend. Including Anthony Napolitan (USA), Brandon Dosch (USA), Kye Forte (UK) and Jai Bradley (AUS) will be competing against the best talent New Zealand has to offer.

Anthony Napolitan is synonymous with the BMX dirt scene. He was the first to land a double front flip in the 2009 X-Games, this trick cemented him as a front runner in progression with jumping tricks and he will no doubt bring his A game to Red Bull Roast It.

Kye Forte was lured to New Zealand to compete in Red Bull Roast It by the “sick jumps” that Gorge Rd Jump Park has to offer. Kye earliest memories are of him on a bike and he says nothing has changed since, his love of BMX lead him to create Empire Of Dirt, the world’s first BMX slopestyle competition that shook up the BMX scene creating a new discipline that combined influences from each BMX style.

Brandon Dosch blew up the scene in 2010 when he won several big events, he is known for his speed and ability to tail whip in either direction.

Jai Bradley will be the only grommie in Red Bull Roast It, the 13 year old pro has been hailed as the world’s youngest BMX ace since he competed in Red Bull Dirt Pipe in Australia last year.

The riders at Red Bull Roast It will be on the hunt for the "Best Rider" title and a share of the prize pool. The jump park at Gorge Rd is painstakingly hand built dirt jump heaven, evolving over the years to become one of the premiere dirt parks of the world. Line after new line awaits the riders when they come together on February 18 to judge each other and push the progression of BMX. Who has got what it takes? Who will have the best roast? Who will walk away with a large cheque and the new respect of their peers?
The format is 10 man jam sessions through out the day with the top 5 from each jam progressing onto the next round. The final session will the remaining top 10 riders who will throw it down in a final session of jump roasting to find the winner. "Best Line" and "Best Trick" riders will receive cash, voted for by all the riders but not necessarily having to be from the final 10.

On Saturday February 18th from 12pm make sure you are at Gorge Rd Jump Park in Queenstown so you can……Get ready to Roast It!