slippin' and slidin' from tom robinson on Vimeo.

dope bit trails fun an keep an eye out for the full length "whoknows" vid soon come & it'll be a banger fa sure! Dig trails! 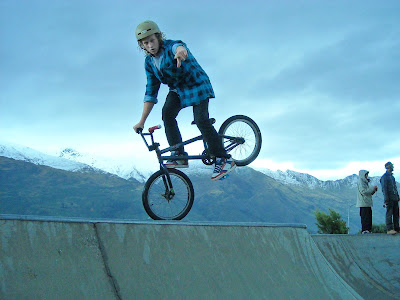 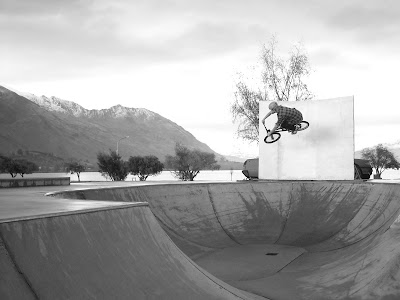 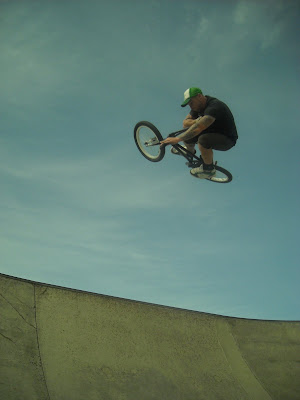 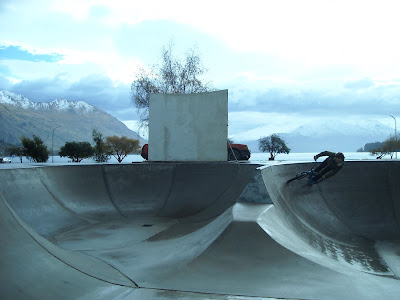 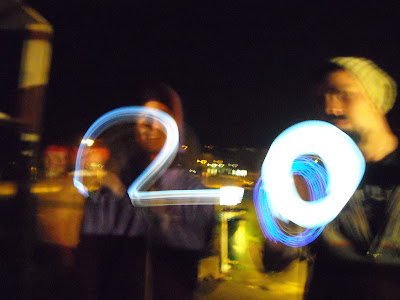 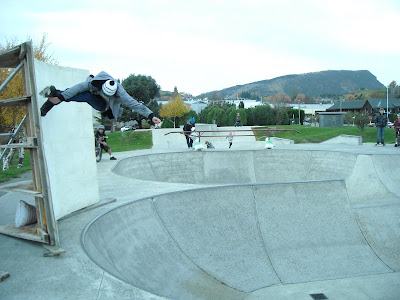 this is risky put'in fruit boot'in on a BMX spot, foot grab x legged thang? This roller bladder was kill'in it! Untiy man fuck the politics...that's for the cocks & twats out there, grow up right! Wanaka's park is for all to have fun in! United we stand together we have alot to gain ie new extentions BOOM BOOM BOOM!
Posted by TRUBMX at Friday, May 29, 2009 0 comments 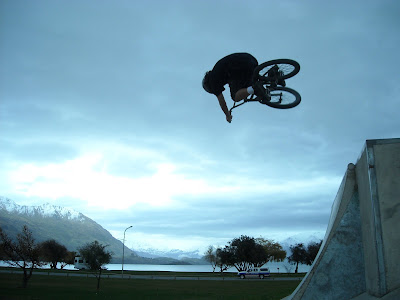 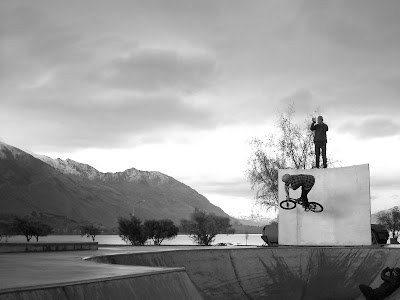 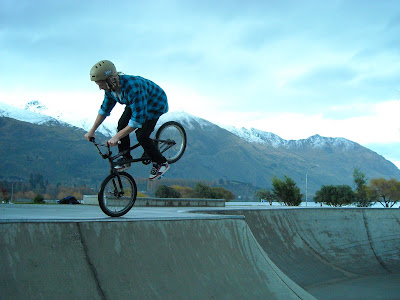 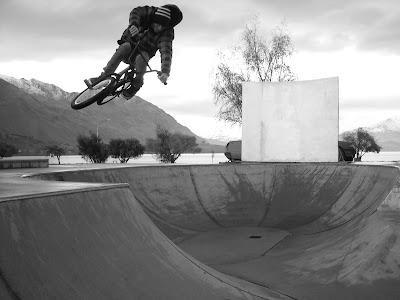 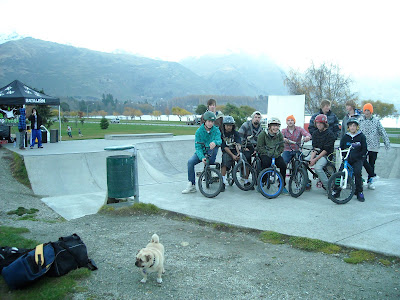 the 2nd "build the park jam" never happened we got rained out like the whole country over the weekend just gone, peeps got scared off & the prizes didn't turn up till monday haha! never the less we set up the tunes, BBQ & raised some $$$ anyway with all the free supplies we were hooked up with cheers to Tim's dope effort's & the rest of the snowdrifta crew.
I con'd somebuddies to help me move 1 of my 1/4's from the trails & set it up as a curved wall ride, Louis was the only nut to shred the park up in the wet drizzly weather on saturday & sunday we just went an set up an waited to see what mother nature would throw at us, more rain but we had a few sunny patches & the park got to dry out a few times. So we had loads a time for a few beers, coffees & brainstorming a load of ideas & start planning 4 a few fundraising jams over winter combining BMX, Sk8 & snowboarding, more on that shortly! Next trubmx "build the park jam" 2oth June' it'll be a combined BMX & SK8 Jam ie unity jam- flyer soon come!
Big up's go out to Pete Cooper, Barry?, Josh, Lowell, THD, chelle & the snowdrita'z Tim & Dave with out you guys i'd have been well stuck to moving & seting it all up on crutch's hahah i'm a useless cripple ... big BIG! shouts to all the sponsors Volucid, Rebelyell BMX Mag, Kipor, Wanaka Med mart, Prime cuts, McGregors Bakery, Wanaka Metal Works & Wanaka Physio.
Posted by TRUBMX at Tuesday, May 26, 2009 0 comments

backyard for the kids....

hideout 2- backyard 1/4 from trubmx on Vimeo.

Pete Cooper testing what we set up last night, the copings got pop & the tranny is sweet, fun times at home with the kids, Marley's gonna be blast'in in no time, what better way to stay on ya ride, do physio stretches/excersises & get ya kids used to tranny, ride on & dig trails! Somebody is digg'in right this second deep in some woods somewhere!

Pete Cooper testing what we set up last night, the copings got pop & the tranny is sweet, fun times at home with the kids, Marley's gonna be blast'in in no time, what better way to stay on ya ride, do physio stretches/excersises & get ya kids used to tranny, ride on & dig trails! Somebody is digg'in right this second deep in some woods somewhere! 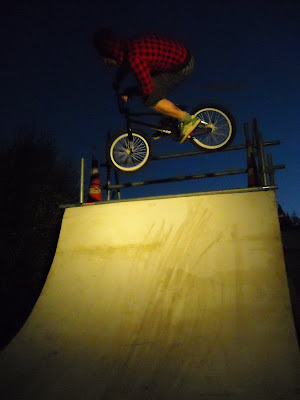 not alot going on, except RAIN & inspiration, Epsom looks super fun, Vinyl have a new full length vid in the works, Backbone's vid "come out swingin" ain't far off & Anthem 2 film'in goes on, will the film'in ever stop when it's finaly released it's gona be sooo sick, a box set with A1 "Home of the Brave"! On the local front I just had knee surgery to clean out some annoying dam meniscus & cartilage, nicely tuned up for winter digs & next summer, while is was down d coast get'in chopped open i caught up with H & checked out the haps @ Stony Hills, H has been busy & this is only the begining of winter, lines are get'in worked on, dug in, lipped up, landings steepened & a few new lines have & will be going in, all the normal activity for a dope set of trails during the wet drizzly winter months! I'll hit ya wit a few decent pics sometime! Happy digg'in 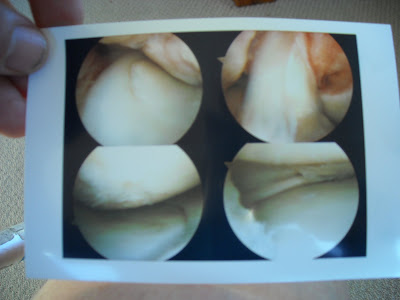 my knee 11 years after ACL rebuilt (top right) this time remove a lil bita meniscus & trim some cartilage, i was giv'in it all in a little container.....what for i don't know, fry up, nope it's a bit chewy! 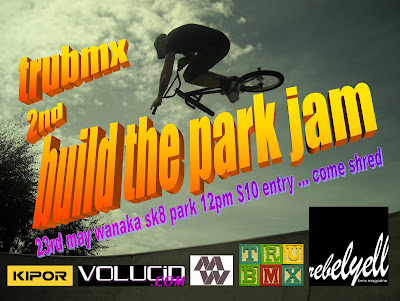 Don't 4 get Saturday 23rd May trubmx "build the park jam" part 2 @ Wanaka SK8/BMX Park 12pm $10 entry , prizes from the good felaz @ REBELYELL & VOLUCID , big shout outs to them......all the funds raised go towards the new extentions, simple, so get out there man & help ya scene! Stop whining like little bitches, pull finger, get shit sorted!
Posted by TRUBMX at Saturday, May 16, 2009 0 comments

Yo boy's the 2nd "build the park jam" is on, steal it, post it up & bust a move shredders to Wanaka sk8 park 23 May, jam starts @ 12pm'ish, $10 entry & same deal as last jam all funds raised go towards the new extentions, here's the plans if your behind. Volucid & trubmx are helping out with some sweet loot for in the prize pool & the baddest most upsetting kick ass bmx mag Rebelyell is also flow'in some loot!! Kipor have givin us the power for the beats.. so let there be rock & Wanaka Metal Works will fix your shit if ya break anything, Ernie kicks ass with a tig, amaz'in welder! Big up's to the sponsers.........bring ya helmet, wallet, friends & good vibes!
Posted by TRUBMX at Monday, May 04, 2009 0 comments

just got in from a little digg'in in d woods & quick roll, found this up on Vimeo, it can rule the top of dis blog for a bit, it rules! watched it, watched it, watched it haha & can't wait to get out an dig tommorow! Check out more trail radness @ Vinyl BMX it's full of goodies! On a local mainland front check out this fresh EDH edit of d G-town jump jam! Get diggin this winter!
Posted by TRUBMX at Friday, May 01, 2009 2 comments