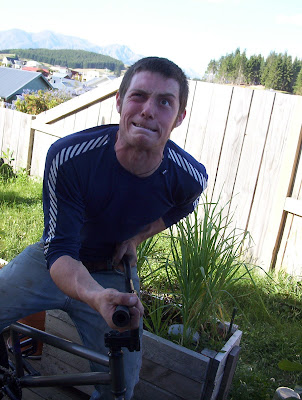 Sion ain't no tranny & might be back this summer, arh arh rattie get yar grip on!
pic: JK 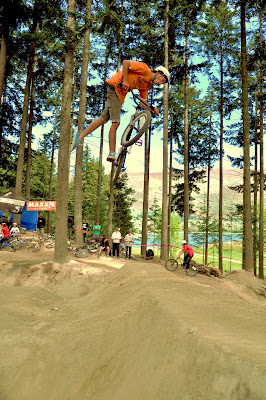 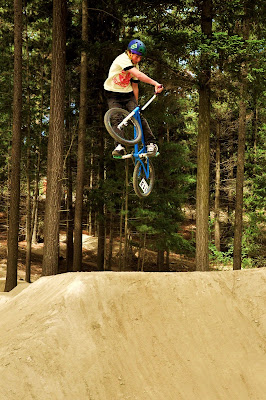 Levi's nearly got these clicked 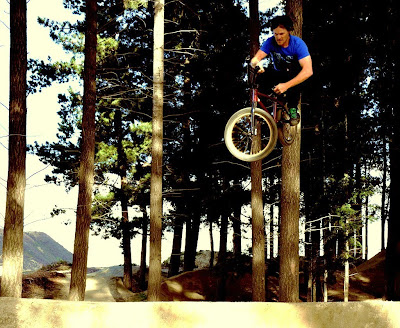 an this to brighten up ya day, yup bring on the wet T comps!
pic: ?
the god dam notorious fuct up spring wind is back blast'in wanaka, it sux ass, good for kite surf'in, it's been none stop for 4 days now, lets hope not 3 months straight! It's sunny & there's dig'in to do. Mutiny's "lets get mystical" is so rad, i finally a copy, Robbo's styl'in it up, the vid is bang'in! I found a few pic's local ginger nut Si took of some kids on kids bikes do'in stunts @ Lismore, one day i'll take some pics..yeah right! Make good use of the hose at lismore kids, don't run it dry, look after those dubs & stop drop'in rubbish everywhere! Bin that shit or else ya dam fools....will someone please cut that tree down it's in the middle of a landings run out, so dodgy. Gimme a chain saw i'll do it!

Yes your gonna need a new trails calender soon! Manic man is back!.......yes i kno ya've seen the vid below & i only put it up a few weeks ago, but it rules....Villij is rad! It will be saddly missed by it's locals, Robbo, Frog, Deville, Joe, Gabe & anyone lucky enough to roll 'em, such inspirational woods .........good luck with the new trails guys, dig on! RESPECT!
Posted by TRUBMX at Wednesday, November 04, 2009