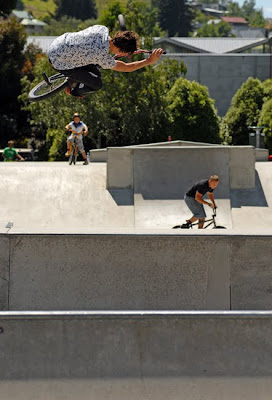 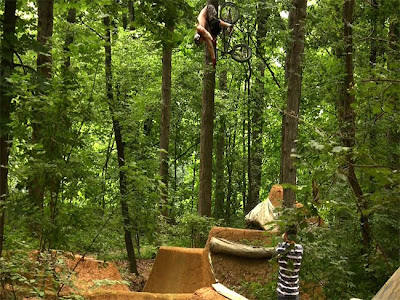 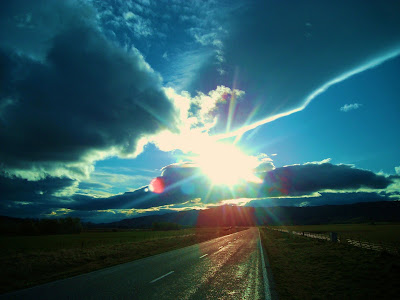 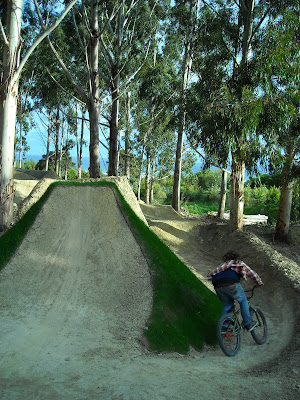 I had to post this, H dwarfed by grassed up lip @ stony hills. 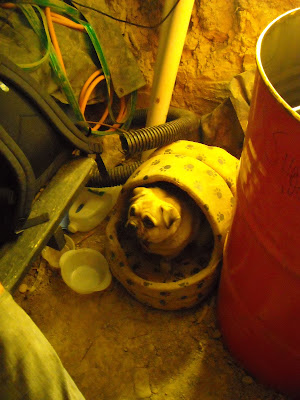 FU camping @ stony, this dog is so lucky to be alive, a few of us watched in horror as his dumb ass tried to bite the front wheel of a large 4x4 & was run over by the rear wheel on sunday @ Danseys pass inn, it's amazing he's still alive! That makes it twice he's been run over, stolen once an i've lost count how many times i've run over him at the trails, he just want's to attack my Ruben rubber.....what's next?.....i think a leadis in order! safty 1st right.