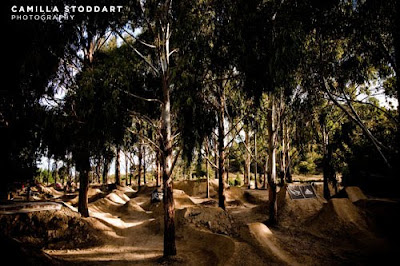 Stony Hills Trails...south east coast New Zealand, our labour of love....just b4 she got slammed with 70 grubby riders....Stony held up to it to! (i didn't get a chance to take a single pic to busy making up for lost after spending a good 4 days b4 the jam dialing it all in with a small crew @ stony hills, Camilla Stoddart has some real amazing pics up on her site also check 'em) 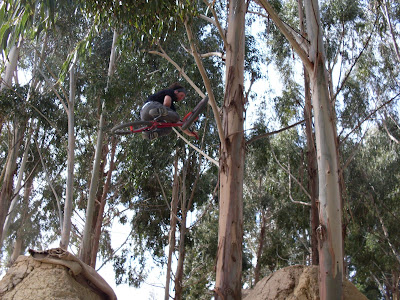 Henry rules stony his word is stony law, wish ya had'vebeen roast'in with us all dude, this pic's for you motodread! 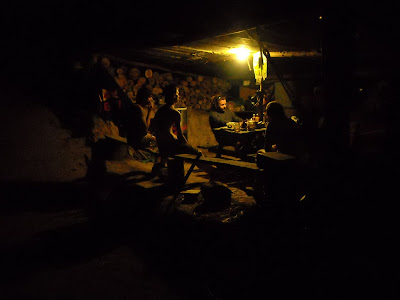 1st night..hatching our plan for the week ahead worth a dialing stony in. 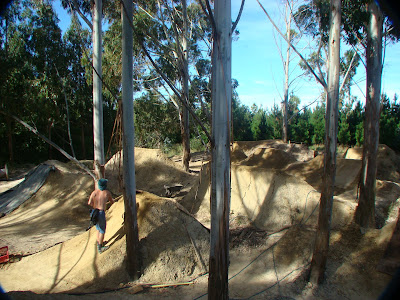 get'in it done, cap'in everything with the golden stuff we all want so BAD! 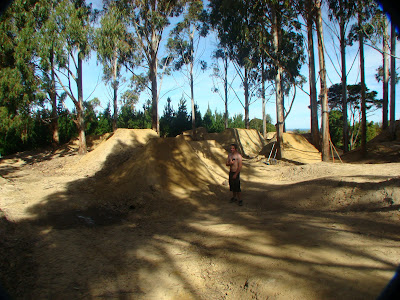 Ewok look'in real busy pray'in for rain on a wednesday. 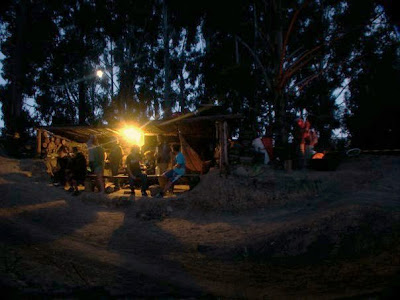 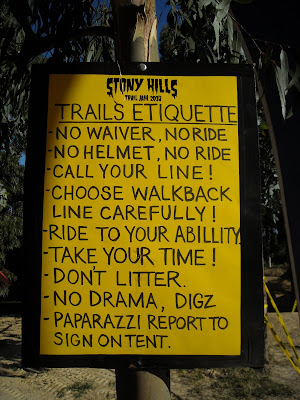 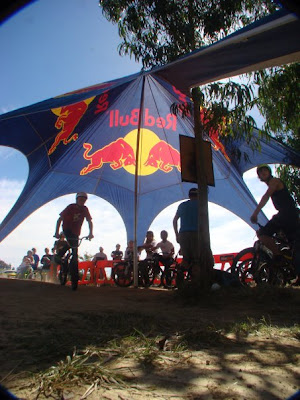 Redbull tent's double up as sunblock...super sized to cover the rollin 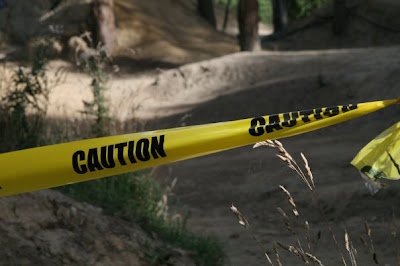 lookout! Duck! nope only certain death if ya cross the line. 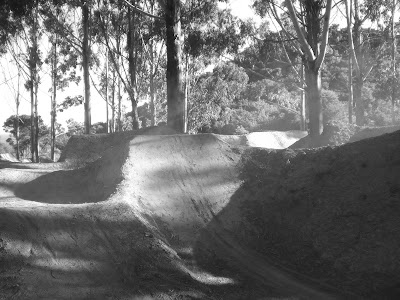 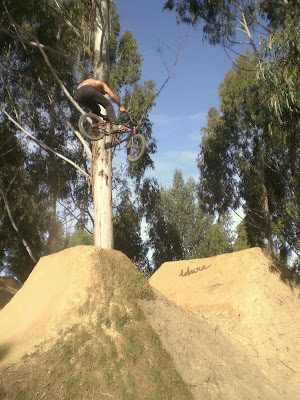 Jimmy lives in the hut when at stony, home sweet trails home. 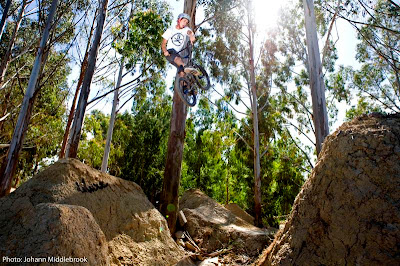 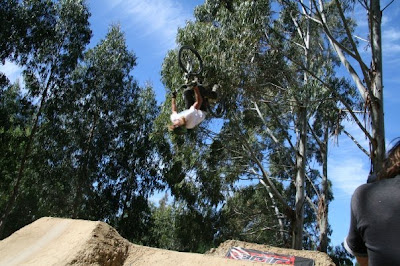 Kelly flip'in & then spining, amongst hit'ing up lines locals like me & Henry ain't seen (maybe seen just not talked about?) 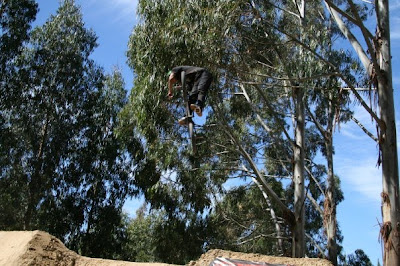 Jake Prebble 3 turndown, clicked & smooth as butter! Best trick of the jam (for me anyway) 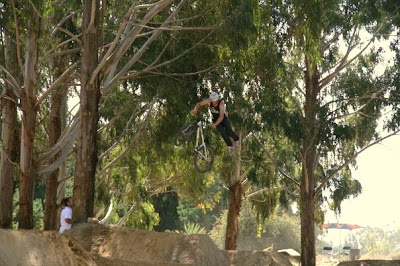 Brett can can do it! 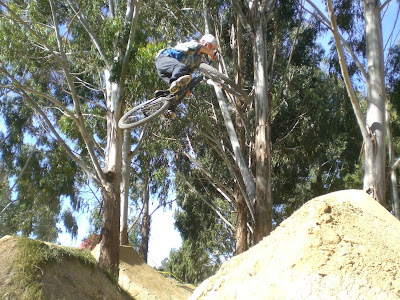 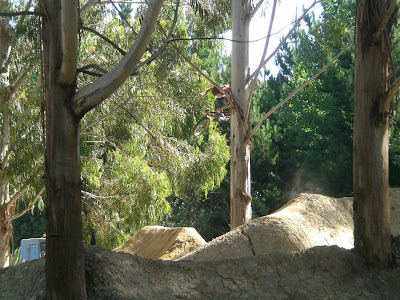 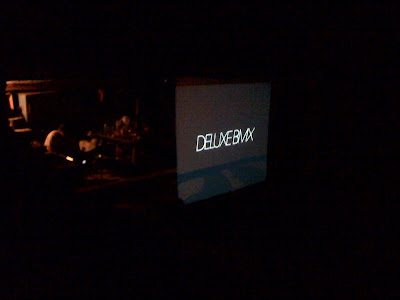 the world premier "WELCOME TO DELUXE" ready to roll on a big screen, soo soo dam good check out Deluxe for the world wide release date & get a copy! Thanks heaps to Mark Noble & Patrick Best! 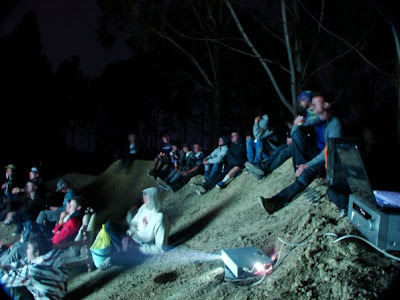 what a deluxe treat, kick'in back after a dam hard good week @ stony, cheers to Ewok for hook'in up the projector, phew was a close one, cheers to that grumpy farmer who scared the projector dude off.......not many farmers 'round 'ere wit a 'ead full a dreads tho aye? 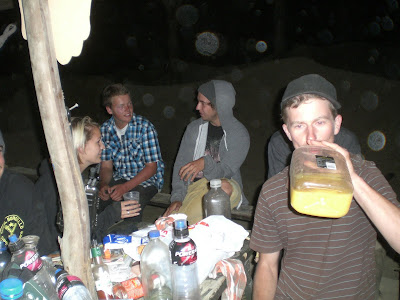 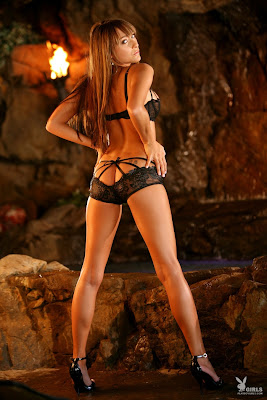 Chelse Medley was not at stony hills jam in a tight redbull outfit, but there were redbull girls none the less (this is my substitute redbull girl pic HA)...... 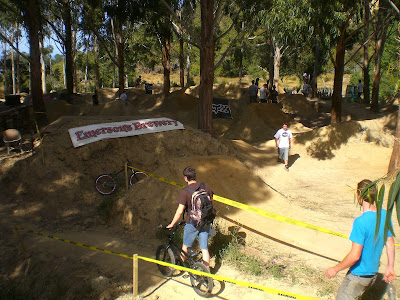 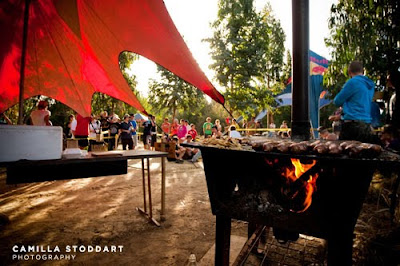 prize giving & the bbq's loaded up, cheers Sam u the foodman 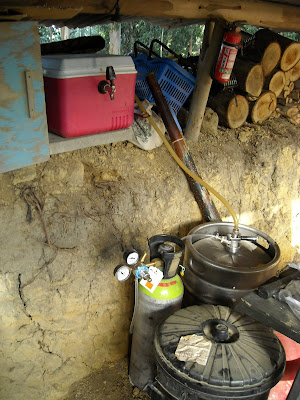 Emerson's on tap, what a dam treat to see this set up in our hut! We earn't it with a good weeks digging prep'in it all for the jam! 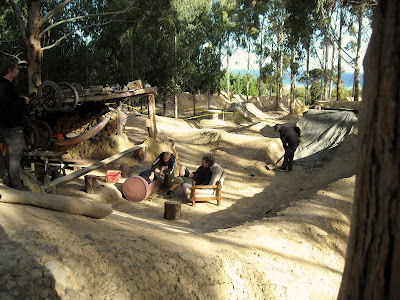 all over till next time, "HA if ya lucky"...Henry (on couch) the boss who pretty much ran the show! Go home guys there's nothing to see here, Cheers heaps...digs!
Yup we had a dam goodtime thanks heaps to Henry D & the stony crew, we pulled it off with out a clitch! There were no drama's & no real major slams to slow the jam down, just a few boys winding the windows up! Everyone got a little lose & wild in the finals fav throw down was Jake Prebble with a 3 turndown over 2nd to last on bigline! Connor with a dam nuts 3 transfer from 4th bigline to mid line, loads a shit went down an i didn't see it all as i ran to the top to drop in for more.

I just watched the footy of it all today! Thanks to everyone who made it happen, supported & enjoyed the goodtimes we all had. Thanks Ross & Joel for hook'in more water up, it was needed with our dam almost empty & no rain the over the whole 7 days we were there! If it wasn't for you all it would've no doubt have been just another summers day at the trails, so it would've been good either way! Special shouts go out to Ewok, Sam & Kylie for all the behind the scenes shit that needed to be done, plus thanks to LB, Lowell, Marco, Chris for putin in a solid weeks effort at stony, more hands make less work (an dam that shark on the BBQ was tasty)

The screening of "Welcome to Deluxe" was so good & on a big screen even better, was a chill crew, downing pints a emersons, with a few yeeehaa's & hoots going out evey now & then, perfect night for it no wind & by the end of "Welcome To Deluxe" everyone wanted to kno were they could get it...soon come.....Thanks heaps to Deluxe owner Mark Noble for hooking it up along with a dope Deluxe frame we raffled off & the box a goodies......the dude who won it was "psyched as about it" like you would'nt be right!

an if i've forgotten to thank ya, well i just did! Keep trails alive you non digging un-callused handed wanna be pro roasters out there don't just turn up an kill the lines at everybodies trails........buy some tools or pinch ya dads/uncles/grandpa's/neighbours tools (bad karma if ya steal tho aye), find some land & BUILD MORE TRAILS! More trails = more fun right! Simple really GET DIGGING!.....yup i agree Henry...gotta keep 'em digs lowkey! 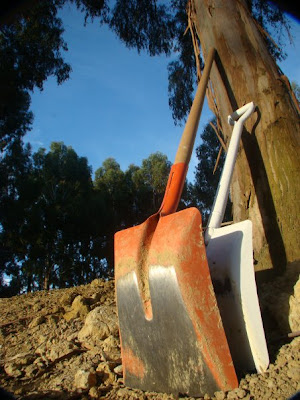 atlas flatheads tower over the budget flat heads..........get used to swinging the orange & ya'll end up reaping the rewards..ie ya trails ya've built! Get to it all your slackers out there. 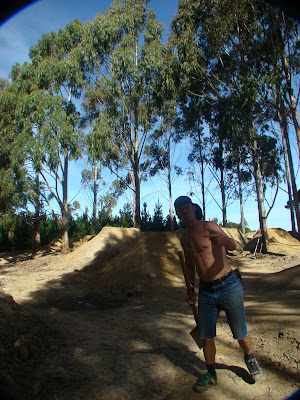 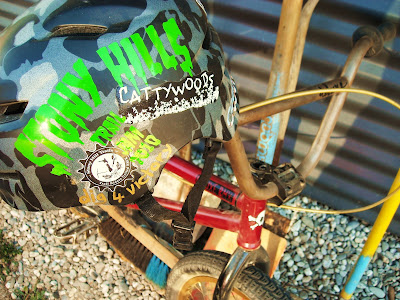