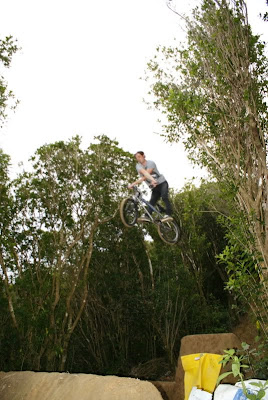 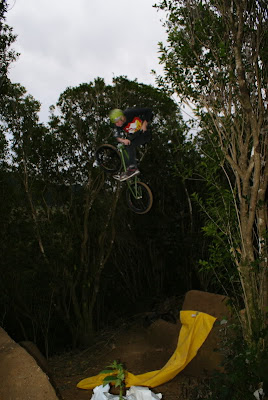 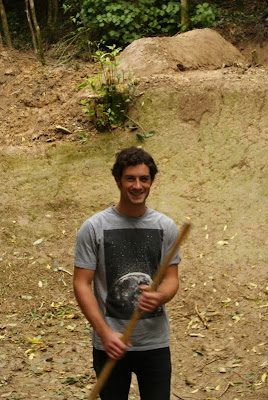 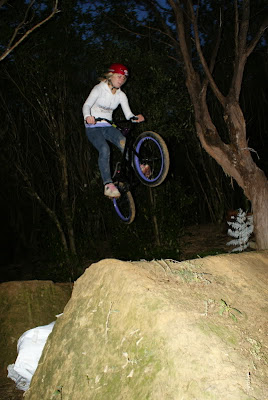 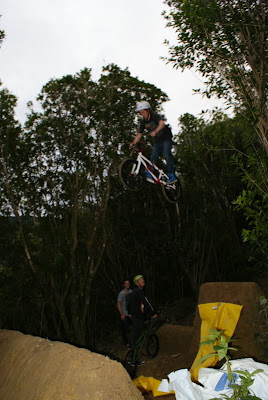 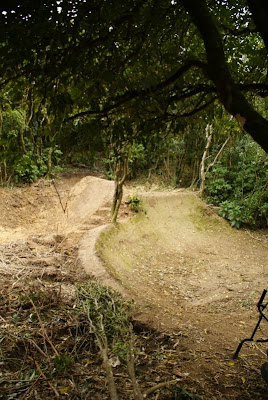 time for some news from another dedicated Kiwi digger Kieran Liddicoat in the lower North Is. (the x-up dude with the wood in his hands) by the sounds a things he's been busy "I think there's about 8 of us digging now. Me and Phil (the guy t-down'in) are the main guys and the groms usually come up when we go up. The blonde girl Ellie does help out a bit and is slowly learning the ways of the shovel". Now ya don't see that much girls riding & digging at the trails, i'd be psyched on that for sure. The Burrow's been soooo wet this winter with all the insane rain they've been getting slammed with, but the reward was in sight with no rain for a bit they were able to roast it some, keep up the good work lads & happy digging! 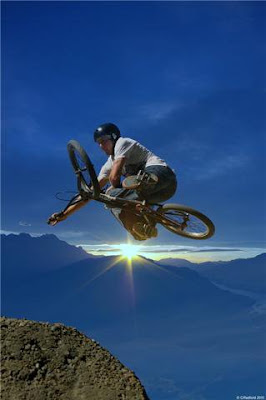 Cam tabo'n his way over the crown range to lismore? I never seen that b4, it's gotta beat driving for an hour tho hahahha! 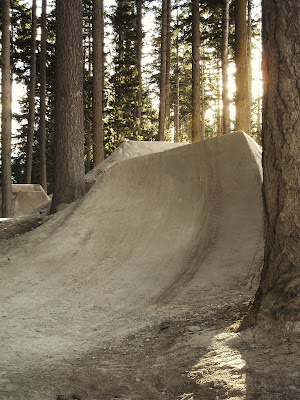 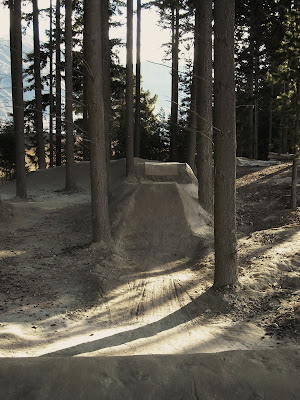 A big 'ol crew a lads from the Gorge Road trails scene rocked over for one of the funnest busiest sessions so far this winter at Lismore aka L.D.P. (Lismore Dirt Park more on this shortly) on weekend. A Queenstown take over bid hahha so rad to see a big crew on the dig buzz helping dail in the 6th on MOTO by adding a bomb hole to help lengthen the tranny some...........thanks to everyone who helped out! Many hands make light work oh yeah & the reward is so RAD! 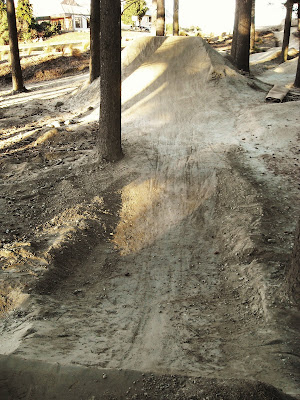 i like tree's but a few lads got way too close to huggin that big 'ol tree to the left of the roller on sunday, yup scary shit my bars were about a 6 inches away from it most runs haha so it's time to approach the council about removing it b4 someone ends up in a wheelchair or worse DEAD you kno what i'm say'in! 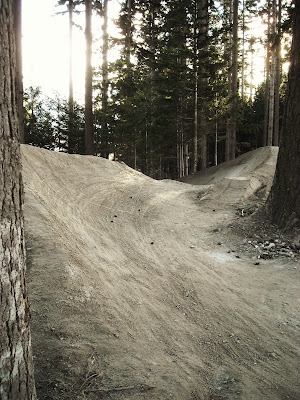 Jared added that little speed bump jump thang 2 the start of the last 180 berm on MOTO, what about move it to the centre, shape it like the 1st berm so ya can jump down into the last berm or take the hi line thru the 1st berm to last berm? 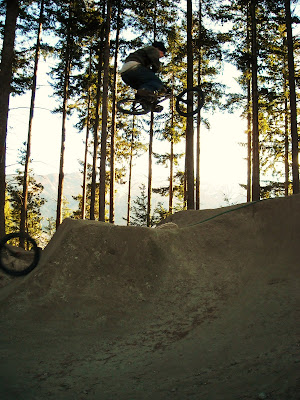 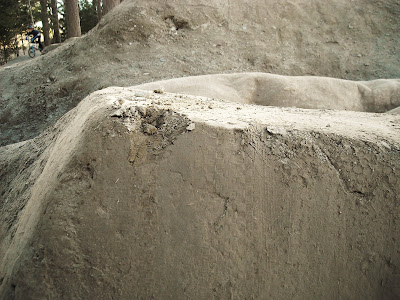 i wish people would stop knock'in the lips around @ Lismore, if your gonna damage lips, please at least put the dirt back or even better just get off ya brakes & send it! 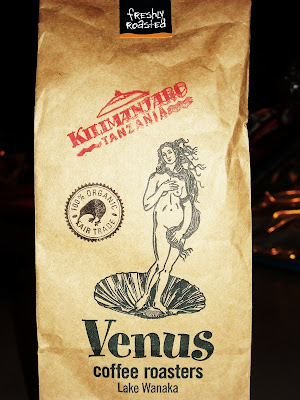 the daily morning fix for this CAFFIEND that helps me get it done along with.......
tools, power & sounds on wheels, so drink loads a COFFEE, get involved in u'r trails scene so plant those seeds & watch 'em grow! Dig trails or go to the pub............TRAILS ARE SCREAM'IN yeeeeeeeeeeeeeeeeeeeeeew! 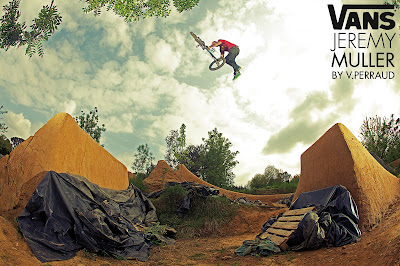