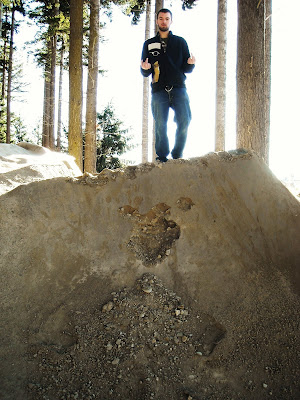 5th lip on MOTO yes were pissed, those 2 birds Ollie's hold'in up go out to the vandal/vandals! 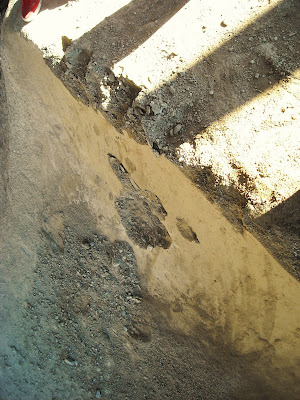 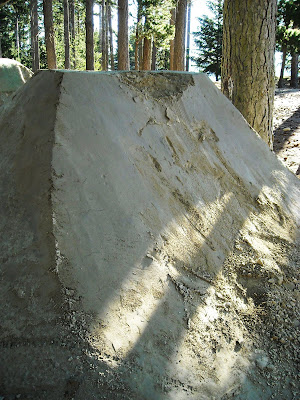 6th lip on MOTO & we only just re lipped this on sunday, Jared below on sunday psyched on his fresh 6th 2 days ago 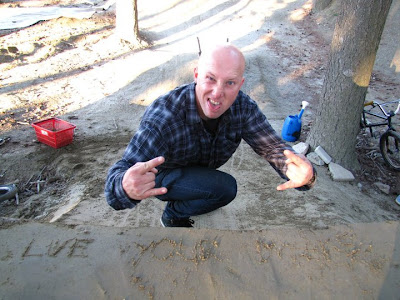 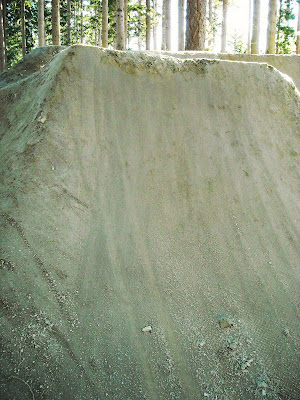 3rd lip on Mainline
i just went for a coffee mish an a walk thru lismore with my kids which is a everyday ritual for me & last night some loser/losers thought it a good idea to act like cavemen an hack/vandalise alot of the main lips apart with rocks on MOTO & in the basin area of lismore, i got a few pic's of some off the damage but there's plenty more, they also turn't the hose on which had made a mess of a few things to so Jamie & Elmo are on it fixing stuff up right now, top work lads i'd be there to if i wasn't looking after my kids! Lismore has never been deliberately vandalised like this b4 it's so not cool, it almost looks like they new what lines are riden the most so if anyone knows anything about this please let Dan, Jamie, Triston or Me in on what ya kno or even better if your the vandal/vandals an your reading this i wouldn't go bragging to anyone that it was you cos wanaka's a small town, /aniwe will find out, we will hunt you down like the prehistoric animal/animals you are! What you've done is a diliberate attack on us diggers who do all the work in lismore purely for the love of it! Bad karma to the vandal/vandals...what goes around comes around remember that!

on a positive tip the 2nd on moto is gonna be cool to lip up now, vandles tried to smash it up but it's rock solid so rock solid it looks like they smashed a rock to bits trying to hack the lip apart. It's also gonna be cool to add a new line at lismore b4 summer, just gotta work out where & come up with a plan for the council, so on paper i guess it's good to look pro with measurements etc etc, time is against me tho & very precious to me ie not alot a free time to really build a completely new line from scratch, what's already there at lismore is so fun to ride an keep riding as long as we can have some compromise with a few things so there fun for everyone & really focus on dailing in every line so they work sweet! I'm sure that's in the best intrest for everyone who enjoys lismore! 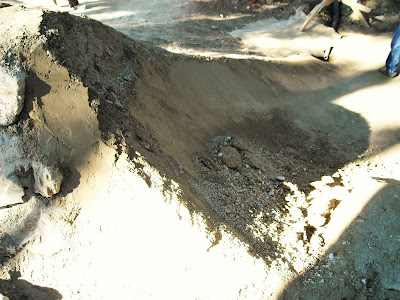 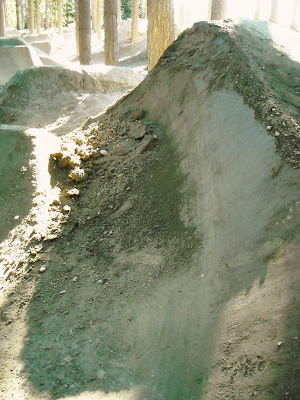 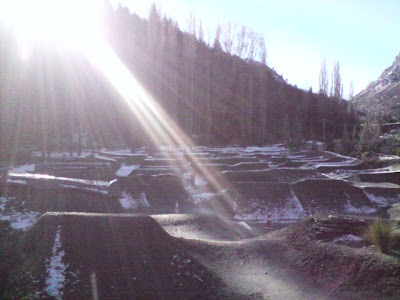 the gorge a few days ago looks frozen solid! 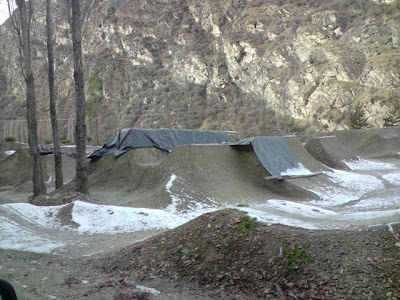 here's a couple a vids to psyche you some......get diggin, get involved

Eliot is the definition of a real trails rider. Pure flow and you will never see him riding anywhere but dirt. He also had a very large hand in building every set of trails that you see him riding in this deposit. You can also see another version of the edit with music that Andrew had up on vimeo awhile back here also check out the bank

Boys have been digging there ass off this winter at a sweet spot in skidney, OZ. Most the lines have had dramatic changes and slowly starting to run. probably another 2 weeks and the big lines will all be running....Until then this is what we got working so far.

what do you expect when you blatently slag people off over the internet?

Dude that sucks bout lismore,Some ppl need to pull there fucking head in,What do they get outta doing that! I'm sure you guys will have it back up looking sweet again... There's alot to be said bout Private trails yeah!

yeah an i have a name it's Jimmy & i'm gonna slag you off then ya pussy or is it homoasslicking pussnutballbag hahha why don't you go grow some balls, man up an use a name mr "what do you expect" sounds like your the loser that did it to me.......no one who digs at lismore or rides there would destroy what gives them a goodtime! NO ONE!

an Smithy your right private trails do kickass.....public's cool to tho once you get used to the drama's an put ya foot down the more you dig the more you can say, i dig way more than i ride i kno that much....there's still a few peeps in wanaka that don't get it tho an just turn up, ride & never help out, theres nothing you can do about it really except heckle them hard!

Yes a few boys chipped in an everything is pretty much all fixed up, only the fin remains to fix. We don't fuck about!

Jimmy i'm not fuck'in anonymous am i?