so who's the boss then? 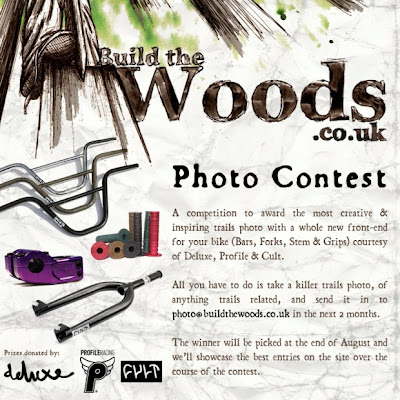 I seen this up on BTW...start snap'ing those dope pic's as there's some sweet loot up for grabs, i also seen this sweet deluxe over here after the jump an what a treat it is Mark, dam she feels sooooo good, i'd say my bloods almost pure dirt haha!

well it's been a couple weeks since i ranted about anything, if your not a lismore local don't read all this dribble hahha you've been warned! Here goes & don't take this all the wrong way i'm sure some will tho, think of it as "Constructive Criticism" No doubt tho my name will be mud after a few people around here read this rant, like a care, have i ever? I only care about 1 thing being able to ride some nice dirty trails, right, so when ya love trails & are passionate as fuck about 'em sometimes it's easier to type than fight about shit ie all the right words get laid down! So here we go....... 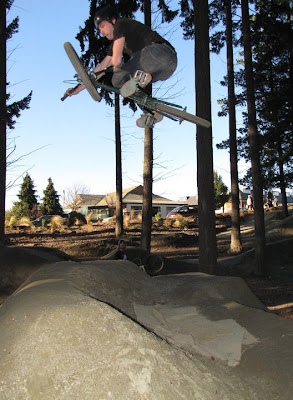 when people who don't have much experience with building dirt jumps build 'em an yes it is fun learning/building trails, an watching the piles a dirt get bigger every dig season is rad as, but you don't need lasers & measuring tapes to get the job done it's dirt. All you need is to have a plan, a loyal crew a diggers, you stack it up, shape it, then you ride it & dial it in as ya go, not pull stuff down when it works good, or change stuff to suit youself unless they are your own private trails & if your gonna go off measurements then your not really doing it right, i've never heard or kno of anyone who builds "TRAILS" that's works out how a jumps gonna work by measuring the gap, designing the layout with hi tech laser pointer systems, we've seen the proof that it just don't work to well. Just cos a jump might be longer than the next jump does'nt mean ya have to shorten it, especaily when it's a hip ya can frang out wide on ie pull up & drift it out....such a good feeling!

Jared/John hit me with some pic's from sunday i'm sure ya got a few goodies, the 3 pic's below Jinja Si took (pom with flash stand & bling camera) there not bad, the one a Fish tabo'd is sweet! Cam above tabo'd by John Kelly. I went to set the lights up last night to dig/finish the last lip on MOTO whoa it's official the ground is now dam frozen, no more night digs till some warmth arrives. 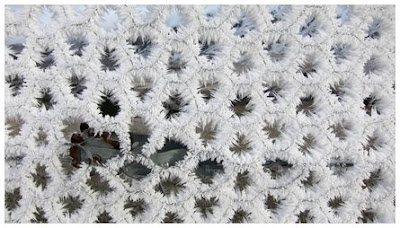 yes it's dam cold right now, the frosty wire fence say's it all! 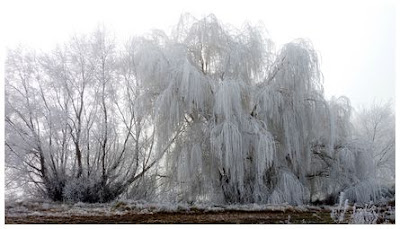 So it's back to using brakes again on the 2nd on MOTO 'cos of some fear factors a few lads had why has this move backwards has happened i really don't kno, when all ya needed to do was just let go & pulling back more on 3rd lip to stop landing deep on the 3rd which was such a frangable left hip once up on a time 4 days ago, so now you can't boost the 2nd no more...... now that's so very very frustrating, an lets be honest you can't expect to tune back in straight away if a lines been shut down some or you go away for a few weeks an come back expecting to shred after there has been some dam good work/progression going on with a line you were tuned to, retune in next time & give it a chance b4 you make extra work for yourselves (you've made it how you want it) MOTO was running so good while we were all riding it, but that don't count does it old skool will always be OLD SKOOL time to move forward! 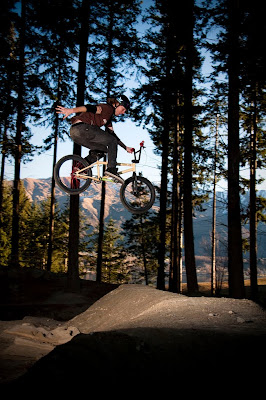 Due to Safety Issues? The 2nd landing was cut back to shorten a gap, it now feels even shorter than it was b4 Barney & I changed the landing, now we all get to boost to flat or brake when you shouldn't need to ie brake & race the 1st then brake some more, race the 2nd then have the speed to just roast the 3rd (stick to the middle man no more frang'in it way out left on that right hip kno more). The 2nd lip needs to be moved forward or at least lipped up to get it running sweet again. I havn't seen any local kids back on MOTO since the weekends digs & they were all over it b4 this new change with out a prob, it'll be interesting to hear what they think about it now.
On the positive side of it this change is the space between the 2nd landing & 3rd lip an it's been widened up well good, a drain has also been finally put in to since that big 'ol silt trap/pit never really worked so less work fixing the basin/main line rollin now after heavey rain, top job guys psyched on that. I'd just like to know why i was told during a phone call we would be able lip up the 2nd on MOTO to counter for the loss off landing a good foot is alot really man? SOME COMPROMISE is needed wouldn't you think? 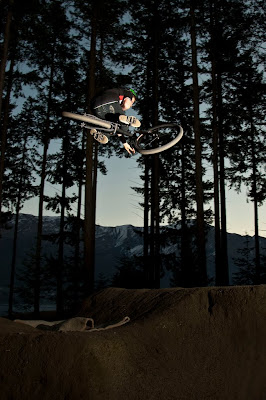 Lismore is public & now it's 100% OURS as Lake Wanaka Cycling Inc./Bike ? Wanaka Club have pulled all funding & want nothing to do with Wanaka's Lismore Jump Park. I gotta say that's the best news I've eva heard since Lismore opened! So what does the future hold for Lismore now? Who calls the shots? if it's a CO-OP it needs to be democratic! The diggers/users of lismore should vote in a committee once a "lismore dirt jump club" is formed with equal numbers of BMX & MTB riders on that comittee. Fuck the lismore politics guy's it's all been dam good till now so is it more or NOmore Progression for lismore? Only time will tell. Either way to get funding it should become a "Incorporated Society" so we can apply for future funding thru a few charitable trusts & more jams over summer to raise $$$$.........but 1st everyone just needs to see eye to eye on a few things!

SO WHAT HAPPENED....basicly after months of diggin/work an no interest what so eva really by anyone else in Moto/big line or lismore full stop myself & a few loyal local diggers started fix'in it all up, dialing it in..then people started to see it all dialed again so as always they got to riding it some & now it seems the handbrake has been pulled on progression or am i over reacting cos of all the countless hours work i've done almost daily during day light hours & at night in my freetime while juggling 3 kids, work & turning my back on my private trails to help the community out/local shredders so yes my freetime is sooo precious to me or i'm a going around in circles? Ah NO! 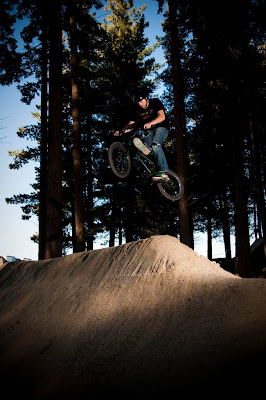 I kno one thing I'll stop using my initiative when it comes to dialing lines in from now on. I made the mistake an got to busy with shovels, to start with this should've been put to a vote by everyone who rides MOTO i'd agree, it was talked about but not fully. It should'nt be one or 2 guys final decision just because they are SCARED ie man up right (private trails work like that not public digs).

Now talking about SAFETY can someone please tell that idiot Foley (the guy with the light blue helmet, stiff back & MTB) that i could've killed him as he walked thru MOTO he seemed pretty oblivious as i was lining him up for the kill above the 2nd landing ya can't brake 15 foot in the air now can ya " DONT CROSS THRU MOTO WHEN PEOPLE ARE RIDING IT DUH!" if idiots like this keep walking thru MOTO or some XC MTB rider goes cross country up MOTO ( it happens) when they should kno better, b4 long some body is gonna get hurt real bad or killed an we'll lose everthing! Peeps with death wishes are DANGEROUS at trails! SO at the end of it all the lesson I've learnt is that i wouldn't go wasting to much of your free time in lismore with a shovel no more unless the trails boss gives you the OK......i'm done diggin there till it all get's sorted out, tools down, i'll keep ride'n & work'n on what i ride ONLY if it needs it! Us BMX'ers need a new piece aland to build trails on or we all need to sort a private spot out. NUFF SAID!
FUCK YEAH THIS VID IS WHAT IT"S ALL ABOUT! 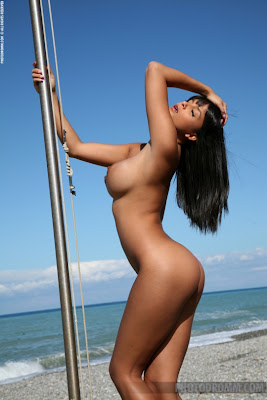 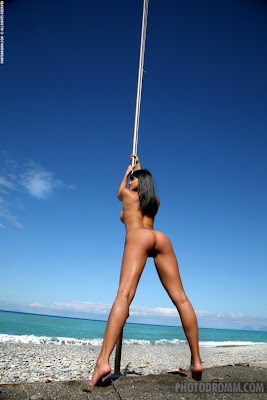 below is what happens when ya don't dig 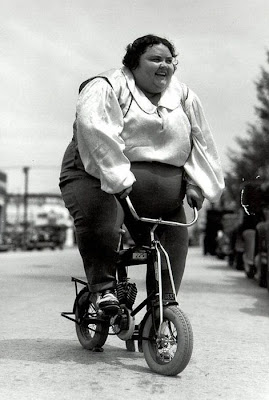 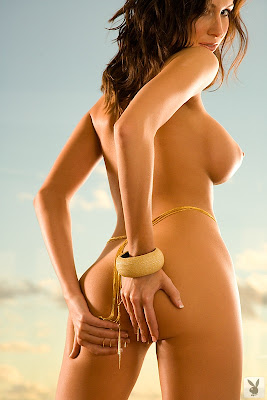 hot is much better!