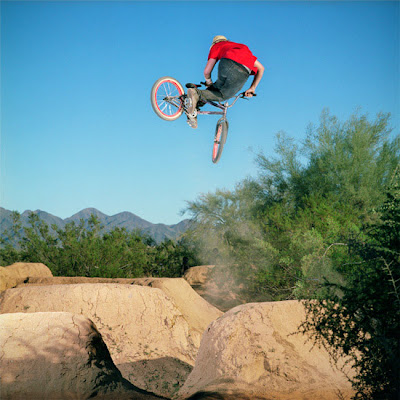 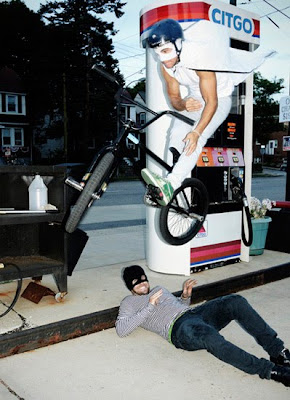 Super Arron spinn'in bars over some happy villian? must be those gas fumes.... 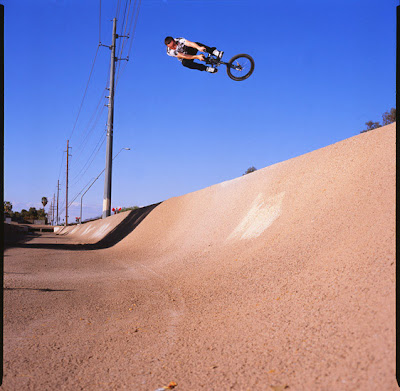 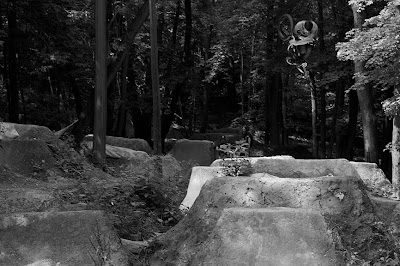 Doyle rode PUSH way back, here 3 tabo @ PTT......gonna be sweet roll'in some with this legend! 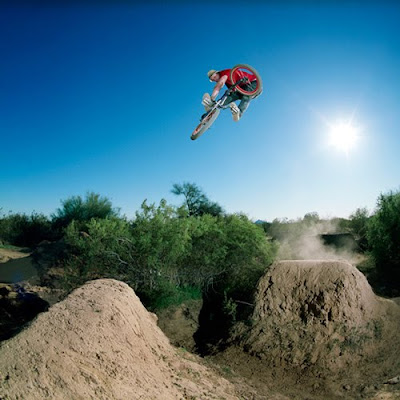 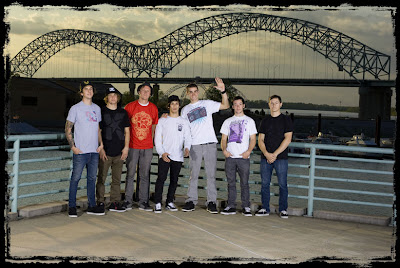 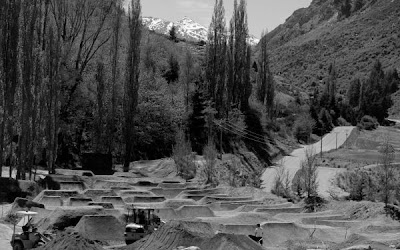 Right o Nath G (architect behind the gorge) dropped this on me a couple days ago, there's bit off a treat going down at the Gorge Road Trails on 9th march 2010, Ben Seek of insidelines is bring'in the Kink team - Chris Doyle, KC Badger, Jay Row, Darryl Tocco, Sean Sexton, Tony Hamlin, Aaron Smith and Walter Pieringer (shooting photos) down for a good 'ol dam stuntaholic roastin sesh & ya know you gonna see some kinky radness go down with the state of these dubs, hell yeah!

The QT bowl & skank park will also get seshed no doubt with those street beasts along for the ride. I'd say it's the gnarlyest bunch a men on kids bikes to hit the gorge up since it was opened to the public 2 years ago! I can't wait man, i'll be running around tripp'in balls out on redbull & film'in like a tourist on heat in a brothel...... or not! Be there...the gorge 9th March..time ?...soon come with a flyer i guess....lock in that day if ya planning on hang'in around QT.

this is rad, get a GPS an try it yaself man, i know i'm interested about SPEED!
The idea was to put a GPS in Mark's pocket and see what the maximum speed was on the different lines at his trails. The lines include The Main, Science, and the Downhill.Riders: Mark Potoczny, Josh, Chris Doyle Filmed/Edit: Forrest Cook
Posted by TRUBMX at Tuesday, February 02, 2010

oh man, that sounds like a blast! NZ is still top of my list and TRU is an everyday stop to keep me motivated. doyle pic is actually at PTT another dialed Pittsburgh spot, I always mistook the two until gettin out there this year.
Stay Roastin!

cheers man! get ya americano trails ass out here man, it might cost ya but dam you'll not regret it one bit! No sasquatch's, yeti's or bigfoot's here man only dam possums hahha! Jealous about you get'in out to PA man...hopefuly if all goes well i'm there 2011 for a real halloween treat & some tricks!HA! Stay motivated & dig daily were possible!

hola if ya ever planning to get down under, i'll even give ya bed & a dog to spoon some......ride on!