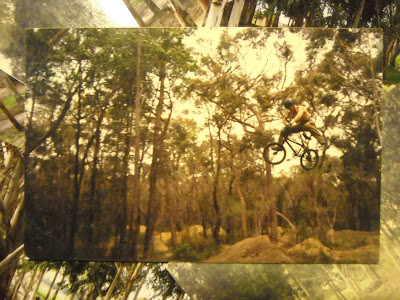 front line step up, that S&M Bennet was a beast back then & still is now! 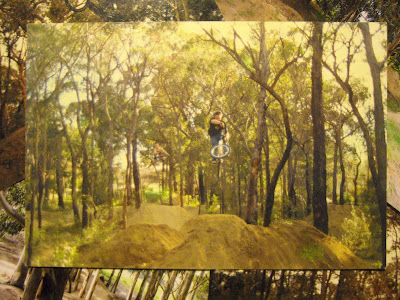 big line Hazo, i'm behind him, what was his name? 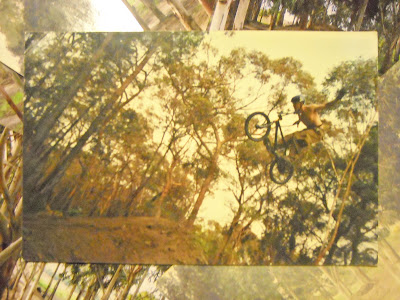 might ram me seat back up, suicide's arn't that gay after all haha! 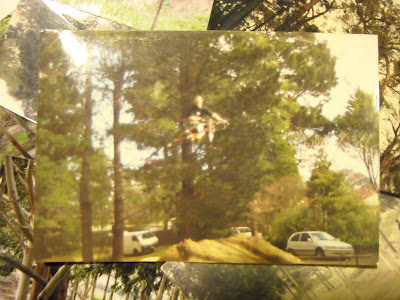 i was sort'in thru an old box a shit & found stash of old snaps from d 7 years i spent liv'in in Sydney, i've been back in NZ for about 3 now, Hazo trails (hazelbrooke in d blue mts.) were the 1st real trails i ever hit up, wentworth falls trails(R.I.P.)were up the road a bit latter on, built by BMXers 4 BMXers, militant locals that lived to dig trails, big up's to those boys Newland, Marix, Cousins, Biffin, Boorman, Turbo & Adam Cornish, i got some shit off him that day "he's a fuck'in kiwi, they can't fly, fuck off" hahaha you smart ass Adam, shit i even meet Lowell there, then remeet him in QT years later! These snaps are the from the 1st & 2nd days i ever spent there, 2nd day was on a spiffingly new blk S&M Bennet way back in July 2000, funny shit 9 years ago! No dig no ride! Dig trails!
Posted by TRUBMX at Wednesday, June 03, 2009

if ya woundering, yes there all old school prints that i took photos of just recently, digital camera's were to pricey for a broke ass BMX'er like me back then, yes it's me james in all the shot's, blury yes, who really cares bout some old guy still rid'in BMX.