It's mid winter, dig'in is on, if ya into trails that is...or bitching that d parks & streets r 2 wet to ride? Build some trails then man! Cheers heaps to all the dirty loyal trail loving diggers...you know who u are, is the NZ trail scene on the rise? The trails have always been here, just low key! Who the fuck cares & who's help'in? Who knows?.....So a few questions got put together by a digger 4 a digger so a few diggers around NZ & d world got to have their say on just how healthy/ill there scenes are ie trails of course & park/street.... unwritten laws & rules ie common sense ie NO DIG =NO RIDE. So i'm gonna start this off & start it local......with d owner/roaster/godfathermotodread of Stony Hills, so read & weap you slackers....even better wipe those tears & get involved, help build ya summer trail roast'in filled days to come! I wonder how much shit i'll get for this ......who cares, dig trails & start roast'in it up! 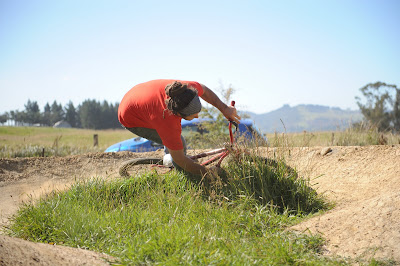 5. IS YA YOUR LOCAL SCENE IN GOOD SHAPE-PARK? WHAT ABOUT TRAILS? i don't really think we have a local trails scene,you need enthusiasm and crew to create a scene, that dosent exist in Dunedin, there's a few that go ride the park and seem to get satisfaction from that but trails wise....very minimal crew, they are there but you need a tug boat to get them to the trals!!
6. IF YOU COULD GO TO ANY SPOT IN THE WORLD TO RIDE WEAR WOULD IT BE-PARK? TRAILS? WHY? At the moment im feeling eatskull, eastside, the Austin thing looks good,from the photos and interviews anyway,good attitude.......contribute or fuck off!.Also Mark Potoczny's trails look good and then there's about 10'000 other spots in the US that don't come to mind at the moment ,of course the UK also have sum epic spots and then France/Spain and no doubt the rest of Europe have it tucked away as well im sure,so round the world ticket (trails edition) would suit me nice. Park wise,i don't really know,i guess Burnside always looked cool,all the different angles and stuff,would be cool to ride there.

In a small town like Dunedin it hinders for sure because there is such a small amount of people willing to contribute, willing to give there own time up to dig, people just don't see it as an investment in there future, its kinda sad, but each to there own, if they are happy riding the same shit all the time then that's fine by me. What really surprises me is when the older guys are like that, i mean i understand the younger groms having no muscle or dedication to trails but the older guys are the ones that can make a scene grow and become better.
Ithink these rules are good if you have heaps of riders at the trails and riding them but if you are trying to get a set of trails going i think its risky because people flinch at being told to fix something, people flinch at hardwork! In saying that i'm all about these rules ,trails have to have etiquette, end of story!

16. LAST BUT NOT LEAST,I KNOW YOU LOVE RIDING TRAILS AND HAVE DONE ALOT OF DIGGING IN THE PAST,WHATS YOU RECOMMENDATION FOR RIDERS WANTING TO GET IN ON THERE LOCAL TRAILS,BUILDING AND RIDING,CAN YOU LIST 3 THINGS THAT YOU FEEL ARE IMPORTANT?

Well the first thing i think people have to realize is that if they are trying to get in on already existing trails,that means sum one has already done allot of work,so show respect! introduce yourself and let your intentions be know,i would recommend turning up with a shovel and soon after ,i would be bringing food or beer.Other than that,i think consistency is good,its all very well turning up and digging for a day,but people that really get shit done,they want to see you day after day or week after week,so if you decide you want to be part of the trails,i would recommend putting a couple of days per week aside for 1 month and if after that you are still into it,great and if not,well you gave it a decent shot.There is nothing worse than sumone digging for a day,then don't see them for months and then summer rolls round and they think they have a rite to ride.....i think this will piss most trail builders off. If you are into it but simply don't have the time to dig due to work or school or whatever then try donating sum tools,or something,ask whats needed,turn up with food and beer,keep it positive and just be stoked,i cant speak for anyone but myself but if you want to ride Stony Hill Trails ,follow this guideline and yall be aight.
I think people get confused about what is expected of them at trails,but really its simple.....trails need people to make them grow and become better trails, its not about who's the best rider or digger or trick guy or any of that shit,its about seeing it through,so come summer you have new,cool shit to ride....sure there are sum cold,wet days digging but this is what creates a scene,a crew.If you want in on you local trails this is a good realization to have. 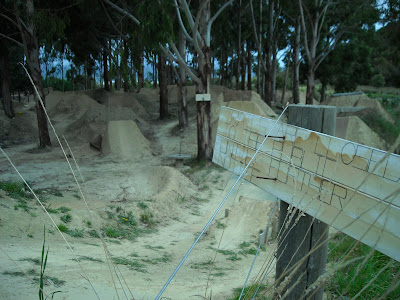 lol u mad. Ill be your friend if your really that desperate, just dont expect me to ride trails.

When building trails, I like to play with the balance of modern versus traditional, although I don't see myself as either. I feel this gives my work a tension that one cannot pinpoint.

whoa Sean Burns call'in someone mad....com'in from a mad man it's all right tho! do street dawgs dig? I'll believe it when i see it haha keep kill'in those streets you beast!