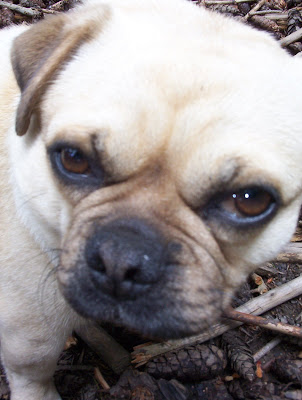 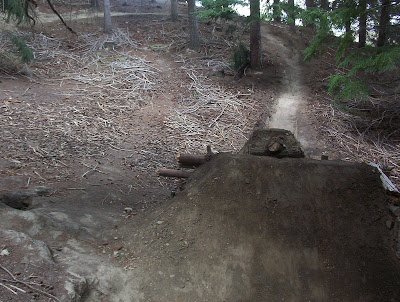 no peddling here , just drop in 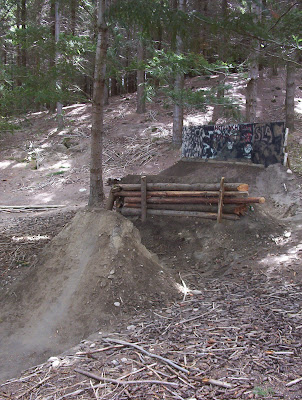 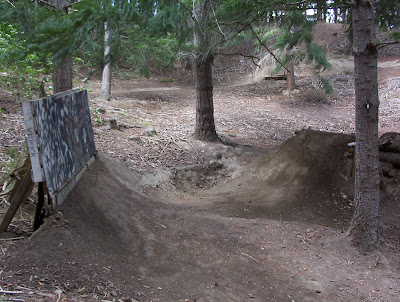 this wall ride is fun , but just don't look at the construction hhaha !
I've been riding abit with some nice Scottish lads Ian (P-Haze) , Corban & Mikey when i'm not diggin my own trails or being a dad . An they hate the wind like most of us who like to get airborne , as Lismore & wanaka sk8 park are both very bad for wind straight up as their both so exposed to the north westerly that blasts thru Wanaka. So they got there dig on an got a couple of down hill doubles , berms & a wall ride goin on , it's abit ghetto ( ie poles stikin up out the front of the landing ) but this G.T.F (ghetto trainin facility) is fun for bit of a sesh & is on the edge of some nice woods with a sweet view !! So now were gona add another landing maybe to the left of the tranny closest to the wall ride ie hip into a nice kicker sending ya outa the woods an into to the air !!! Dig trails
Posted by TRUBMX at Tuesday, November 04, 2008