FU STOLEN ! Stony Hills is private property so keep out ! 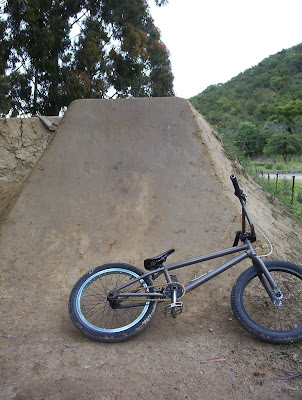 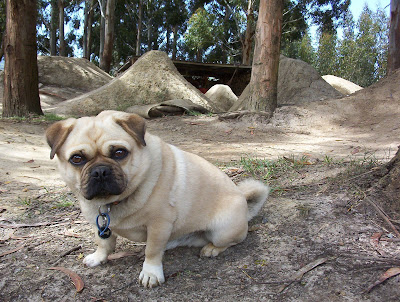 my last photo of Fu & the crime scene the day b4 the Fuglary !

Some right asshole/assholes stole Fu (& lead) from the hut @ Stony Hills on Saturday night 20th December 08!! AARRRHHH WTF! this kinda shit is a real bad buzz & sucks bigtime! Any trespasser's at Stony Hills Trails will be well beat'n painfully with a blunt object, tied to a tree, gagged, finger nails pulled out, de-sexed, have their car keyed & wish they had never been so stupid to cross the line/fence! Best ya believe it too! Private Property OK! Simple as that

We/I need Fu back as he's the best diggin buddy ever hahaha no realy we've hung & dug heaps over the past 4 years , even tho he'd always would dig in the wrong places , like a fresh tranny hahaha or get stuck in a rabbit hole hahaha Fu is such a bad ass & checky as fuck! Fu has a place in the hearts of those who got to meet his snuffly grunting puggle Fu'ness! If anybody has seen him or knows where he is get in touch with me ASAP! trubmx@yahoo.co.nz Any leads are better than no leads & a nice reward is offered!

If ya see FU grab him man , FUnapp his ass back or call the cops they know about Fu the pug dog! Cheers all , don't forget to dig & ride the summer away!! No Fu has not gone back to Tatoween (Star Wars) for his yearly hangout at the space freighter bar with Chewy & Han Solo, i wish, nope just some loser/losers burgled our trails & took the FU , along with Henry's & my helmet, that's how we know it was a burglary & not Fu doing a runner (with his lead)
Posted by TRUBMX at Tuesday, December 23, 2008

dude that sucks who in there right mind would steal a dog!!! especially one as awesum a Fu